IMPORTANT - PLEASE READ
How to purchase a Tribute Bundle


There will be only ONE x Tribute Bundle per person.

Orders to be placed as of  Sunday 12th May 2013 AEST
Use this Time Zone Converter if outside of Melbourne, Australia.

Orders will only be accepted at the following email address:

Tribute Bundle cost is $900 including all postage & insurance.
The first 12 x emails will be sent a reply with payment details.

Profits to be shared with Dan Robinson Snr.

Posted by Colin Creed Machines at 7:11 am No comments:

Following on from my previous posts, here's more info on the Dan Robinson Snr Tribute Machines.


The last week of April 2013
With the last four of the 12 x Tribute Machines almost tuned, I've now focused my attention onto the other items that form what's going to be called the "Tribute Bundle".

As previously stated, the official launch of the Dan Robinson Snr Tribute Machines will be at the
upcoming  Perth Convention for the P.T.A.A.
I'm taking the 4 x prototype Machines to have on display at Booth 26 alongside Tony B.
Please note that none of the prototypes are for sale, they've already been appointed to specific owners.

Posted by Colin Creed Machines at 4:23 pm No comments:

Following on from my previous posts, here's more info about the Dan Robinson Snr Tribute Machines.


From mid January 2013 until late April 2013
During discussions on how I intended to build the Machines, my wife Marie suggested it should all be documented or recorded in some way.
With precious little info about anything regarding Aussie Tattooing, it seemed like a good idea.

Chris Reid was the obvious choice to do this doco, being that he's a Tattoo Artist & Filmmaker, plus we've known each other since the very early 80's.
For Chris, this presented him with the perfect opportunity to finish a doco he'd started on Dan Robinson Snr several years ago.
So with Chris now on board, it was "Full Steam Ahead"...

The following photos are courtesy of Chris Reid aka CRTAT-2 FILMS & capture some of the various processes these 12 x Tribute Machines went through. 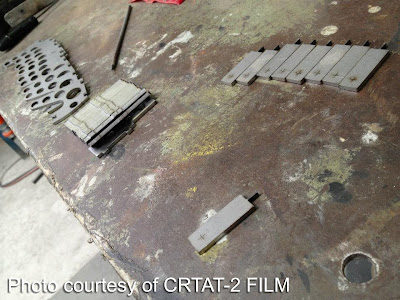 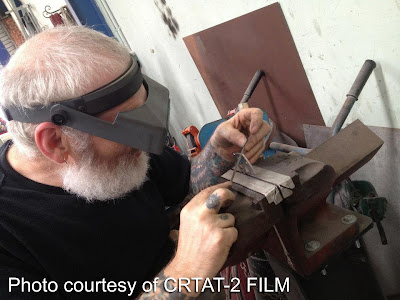 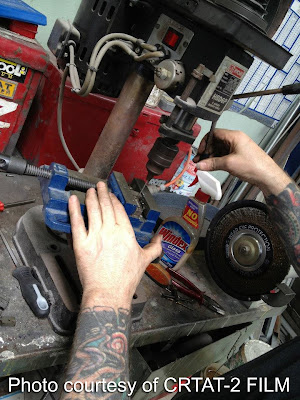 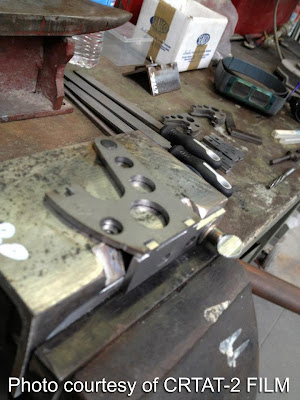 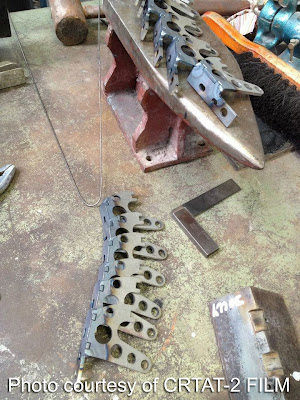 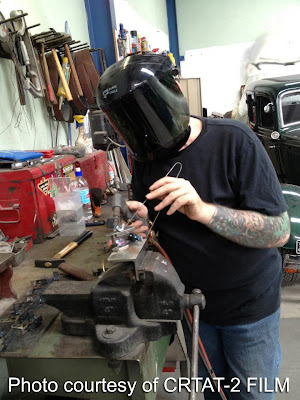 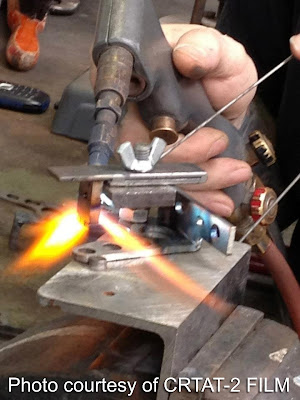 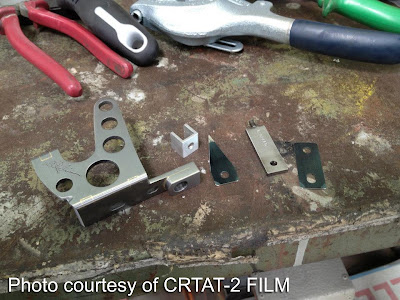 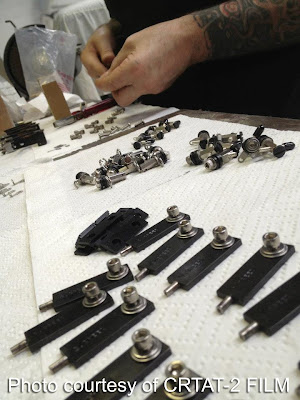 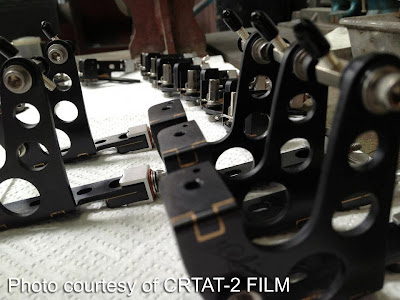 This last photo is of Dan inspecting one of the 4 x prototypes which we'd just finished tuning. 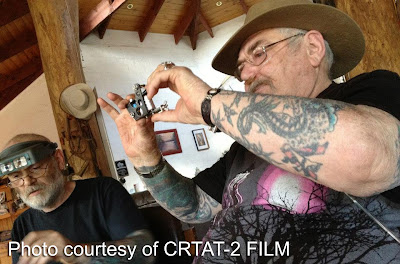 Posted by Colin Creed Machines at 12:23 pm No comments: