While checking out some other Tattoo related links, I stumbled over some info listed as "Beni Bio".
Following various links, I then managed to find a photo of Beni working.


Beni became the very last guy I was to teach tattooing at a Studio, one on one, before my retirement.
Beni (or Ben as I knew him then) picked up on all the basics of tattooing really quickly & then went on to produce some amazing pieces back in the mid to late 90's.
Looking at this group of current photos, I can see that nothing has changed & that knowledge shows through in the quality of his work.

As I get older, it's kind of nice to see those that I'd originally trained 20+ years ago are still working in the Trade & doing outstanding work.
Nice stuff Beni.

Update:  I've since found some more info saying that Beni is one of the resident Tattoo Artists at King St Tattoo in Sydney

Update 2:  It would appear that all the above links for Beni no longer work, so I've removed them.
The only current reference I could find anywhere for him was from here.

Update 3:  It would appear that Beni is now working at Broadway Tattoo in Sydney. 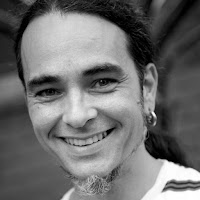 About the Artist
Beni McDonald was born in Manly, Sydney in 1968. His involvement in the local skateboarding scene led to a lifelong interest in art and music that was part of that culture in the late 80’s, illustrating flyers and record covers for local, underground bands. He apprenticed as a tattooist in Melbourne in the early 90’s and worked in Australia and overseas as a custom tattoo artist for the next fifteen years. He now works as an illustrator and graphic designer in a number of fields, including a skate and street wear company with his son.

Posted by Colin Creed Machines at 11:59 am